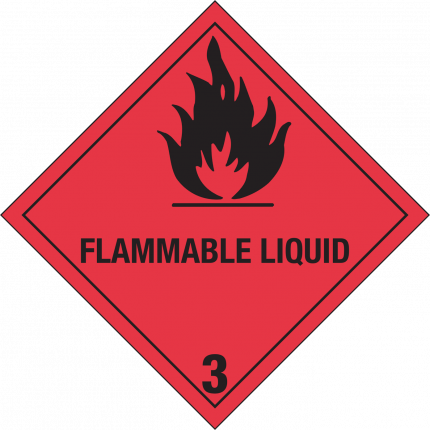 Specification: 270x270mm paper liner, 250x250mm foil label placed in the middle of the liner, 1cm foil edge all around, for better handling on site.

Flammable liquids included in Class 3 are included in one of the following packing groups:

Note: For further details, check the Dangerous Goods Transportation Regulations of the country of interest.