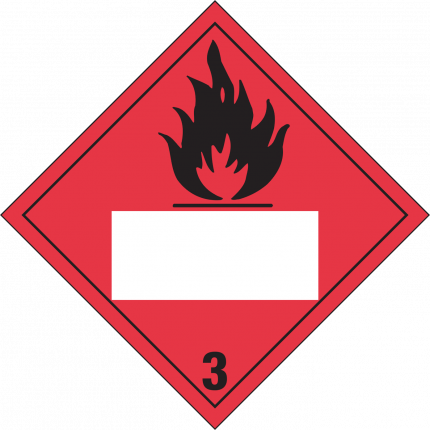 Specification: 270x270mm paper liner, 250x250mm foil label placed in the middle of the liner, 1cm foil edge all around, for better handling on site.

Flammable liquids included in Class 3 are included in one of the following packing groups:

Note: For further details, check the Dangerous Goods Transportation Regulations of the country of interest.

You can select your desired UN number via "UN number", which we can print for you individually.